There's almost something magical about our Kurobuta hams. The bone-in ham is ideal for traditionalists who prefer its appearance and who look forward to using the bone for soups and other dishes. Skip to the beginning of the images gallery
Description
Meatology

Our Kurobuta hams have a passionate following. Just one bite and you'll understand why. Rich in flavor with a hint of smoke and a touch of sweetness, these are not like any other ham. The secret to success is using our signature family cure and smoking over real hardwood. Our gourmet hams start with Kurobuta pork that is highly marbled and dark pink in color. This ham includes the bone for a traditional appearance, wonderful flavor and is the perfect start to the post-dinner split pea soup. Our hams consistently receive top scores in artisan ham comparisons and are frequently featured by celebrity chefs and culinary experts during the holidays.

Kurobuta is the Japanese term for “black hog” and refers to animals of the Berkshire variety, a heritage breed. Kurobuta pork is highly marbled with a beautiful dark color, firm texture, and naturally delicious flavor. Our animals are treated humanely and are raised on small family farms without hormones using a natural slow feed process.

“If there were a ham beauty pageant, the lightly smoked bone-in ham from Snake River Farms, with its gorgeous marbling of deep-red and flush-pink meat, would take first prize hands down.” -- From TheNibble.com, “Best Hams: For the Holiday or any Day”

Average weight: 16 pounds. This is a natural product and the actual weight may vary by +/- 0.5 pounds. 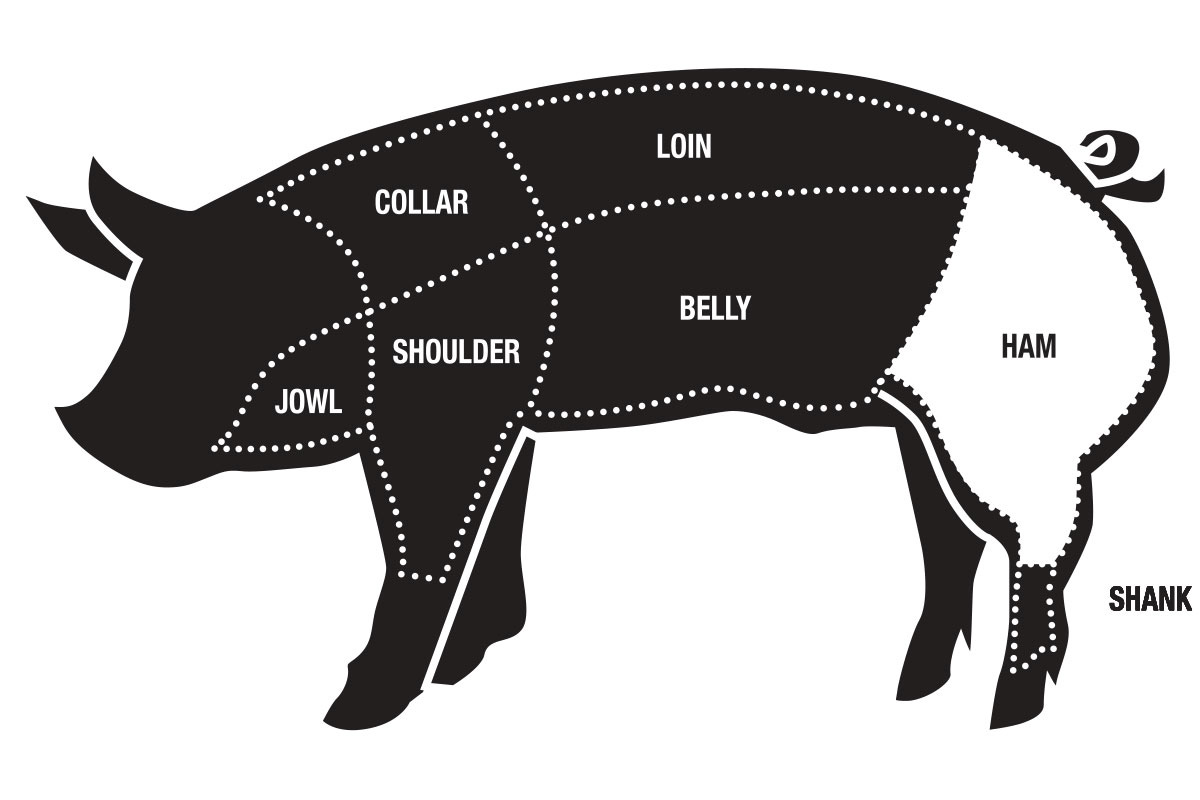 Hams come from the back leg of the hog also called the ham primal. There are multiple muscles in this primal, but the three that contribute the most weight to a ham are the biceps femoris, semitendinosus and the semimembranosus.

Fast fact: Historians credit the Chinese with inventing the ham based on a written reference to a cured pork leg dated in 4900 B.C. 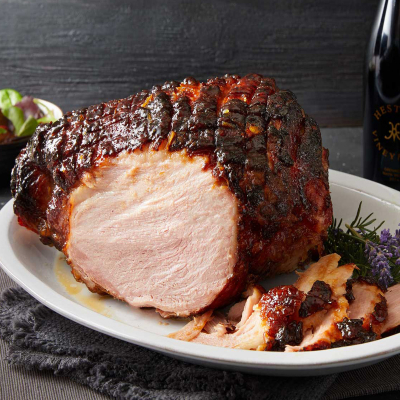