Our top of the line boneless ribeye steak is hand-cut to 1.5" thick and is infused with Gold Grade level marbling for spectacular juicy beef flavor and a naturally tender texture. 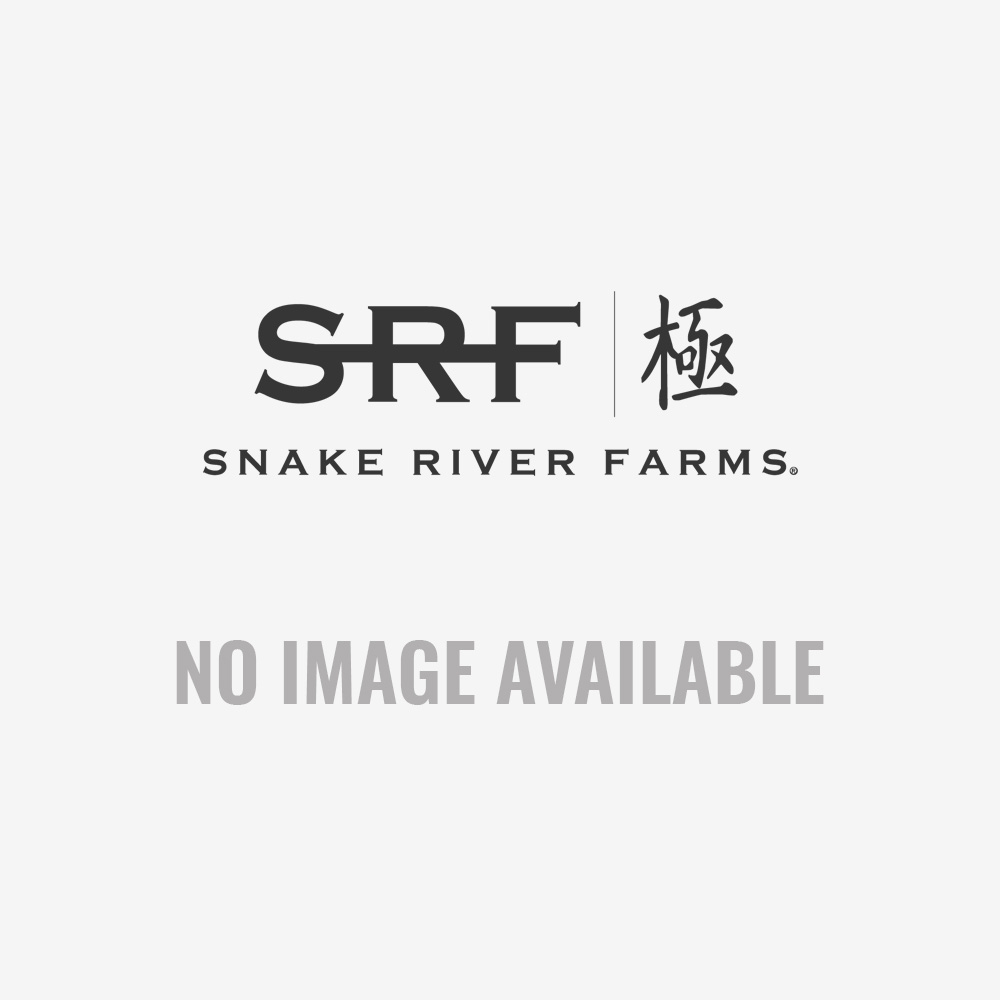 The Gold Grade traditional ribeye is hand-selected from our American Wagyu beef graded at 9 or more on the Japanese Beef Marbling Scale (BMS). This might be our most magnificent steak. Each thick-cut American Wagyu steak includes the richly marbled center eye and the rare cap section for a complete ribeye eating experience. This showcases our American Wagyu beef with the traditional flavor favored by American palates combined with the rich buttery essence of Japanese Wagyu. Supplies of this spectacular steak are limited. Try our Gold Grade Cowboy steak, for a bone-in option of this ribeye steak.

Beef sold in the U.S. is graded by the United States Department of Agriculture (USDA). There are eight total grades and the top grade is USDA Prime.

All Snake River Farms American Wagyu beef grades above Prime. Special breeds of cattle like Japanese Wagyu are capable of producing intramuscular fat beyond their American counterparts. To grade this high level of marbling, we adopted the Japanese Beef Marbling Score.

Using BMS, beef marbling is measured on a scale from 1 to 12, with a 1 being Select beef and a 12 being the highest level of marbling possible. The traditional ribeye is a cross-section of the entire ribeye roll which has three major muscles. These are the longissimus dorsi, or large center eye, the complexus, a smaller side muscle which is not always present depending on where the steak is cut, and the spinalis dorsi, also called the cap of ribyeye or deckle. The muscles of the ribeye are held together with tender sinew with large swaths of rich fat between them.

These steaks are cut from the rib primal which covers ribs six through twelve and is located between the chuck and loin primals. This section has a high amount of natural marbling which is a key to the amount of flavor and juiciness of a cut.

Fast fact: The ribeye is known by many different names, including Delmonico, beauty steak and market steak. In Australia, ask for a Scotch steak. 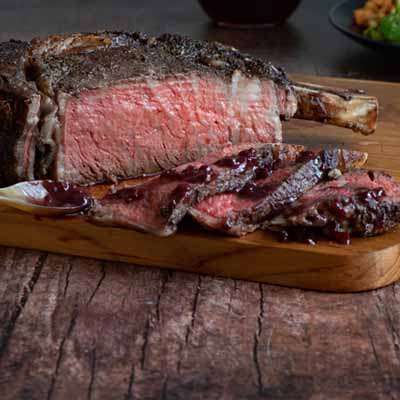 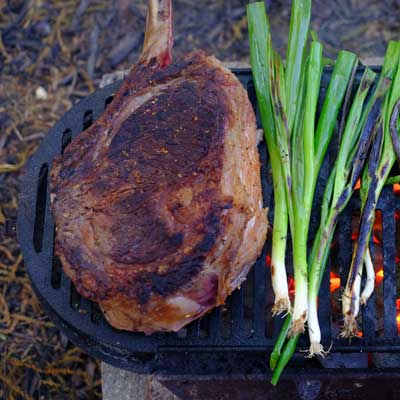